Posted at 14:26h in Families, Our Stories by Emily Gretzinger

Preston Hardyman had a huge heart. Physically, his heart was the size of his entire chest – the biggest heart most of his medical team had ever seen. 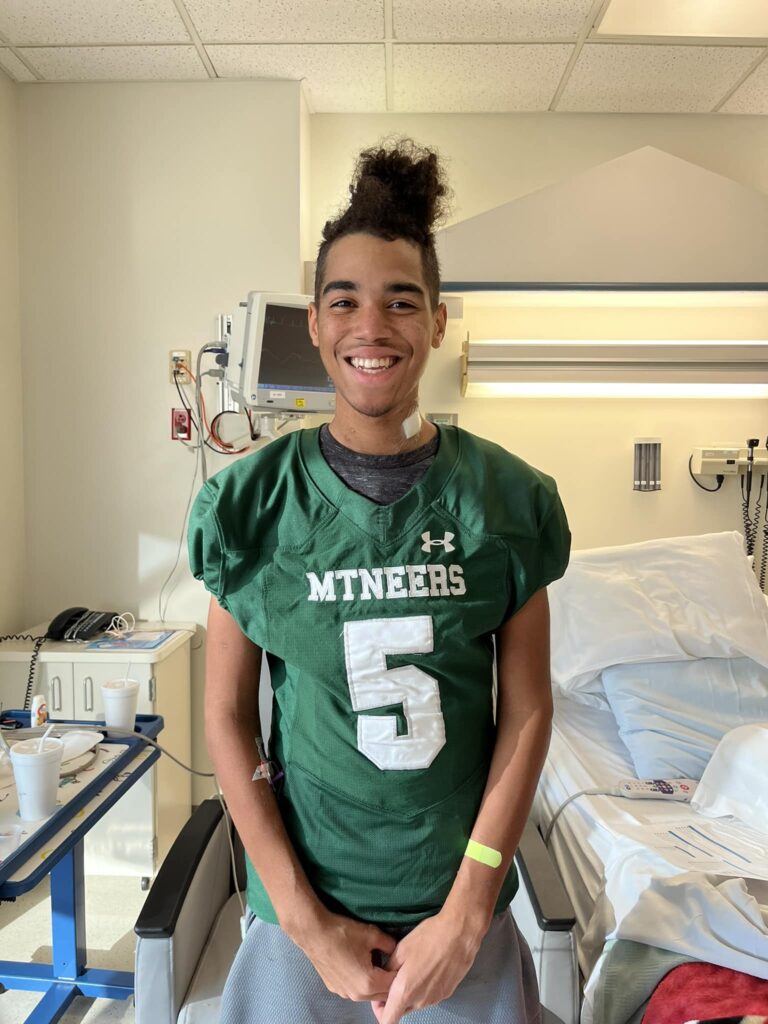 Toward the end of track his spring season, the Mount Vernon, Mo., 15-year-old noticed he wasn’t getting any faster even though he was training pretty rigorously. By the summertime he started conditioning for fall football, and the running back wasn’t keeping up with his lineman – he was exhausted every day. Preston knew something was wrong.

“We were waking up every morning lifting weights … I started to notice I couldn’t breathe as well. Even when I was doing every day activities like mowing the lawn,” said Preston.

He noticed changes in how soundly he was sleeping, in addition to having trouble breathing. Doctors thought since he passed physicals three years in a row, it might be anxiety.

After a practice in August, Preston had to sit out because he was so tired – later he realized his thighs were very swollen. His father took him to the emergency room, and they recognized very quickly he had a heart murmur. As soon as they saw a CT scan of his heart, they put him on a plane to Children’s Mercy Kansas City.

They diagnosed Preston with dilated cardiomyopathy. Doctors hoped they could stabilize him with meds and come up with a treatment plan, but Preston was spiraling and getting worse. He was completely unable to walk just days later, and the team realized Preston was going to need a new heart – and fast. They did a heart procedure to buy some time, but his heart never responded. He’d lost almost 50 lbs. since arriving a month earlier. They put Preston on the heart transplant list as a high priority.

While Preston was in the hospital, his mom, Penny, and his siblings were able to utilize Ronald McDonald House Charities of Kansas City. It helped alleviate a lot of worry and stress of the situation in a time of complete chaos. They weren’t sure where they were going to go and what they were going to do in the midst of figuring out Preston’s medical needs.

“The room at the hospital was also so helpful to me … not having to worry about what I’m going to do. Just knowing that I’m going to the Ronald McDonald [Family] Room to get food and talk to friendly faces,” said Penny. “People don’t understand the peace it brings to people in our situation.”

Preston was offered a new heart after being on the transplant list for less than a week. The surgery went smoothly and he was discharged to the Ronald McDonald House to recover completely.

Preston and Penny can be seen on regular walks around the Ronald McDonald House Charities of KC campus, and eating all the snacks from the kitchen as Preston tries to get stronger and healthier. His siblings and dad come to visit occasionally and stay together as a family at the Houses. He hopes to go home on December 16th for good, as he learns to trust his new heart.

“I can finally feel my heart beating real strong, which is new to me,” Preston said.